Robert Mercer is a Volunteer Sheriff in Yuma (No, Really)

UPDATE: Blair Miller of Denver7 catches up with Yuma County Sheriff Chad Day and asks for some clarifications that never come:

In an interview Monday, Day didn’t deny using the LEEF grants or having a volunteer program like the “sheriff’s posse.” But on multiple occasions, he declined to say who worked as volunteers, though he denied having any sort of tit-for-tat arrangement with Mercer or LEEF.

“To be clear, there certainly is no quid pro quo arrangement,” Day told Denver7.

He said a friend of his told him about the LEEF grants, and that he’d applied and been awarded several of the projects he’d applied for. An archived LEEF website notes that its mission is to “help law enforcement officers and agencies in training, equipment, matching funds and family line-of-duty funds grant.”

“They certainly weren’t some sort of trade for volunteer work,” Day said. “[The writer’s] assertion was that I was granting [LEOSA] status in exchange for those things…that’s not true.”

Lees did not respond to a phone message left Monday requesting further clarification the statements attributed to him by Bloomberg.

A spokesperson at Renaissance Technologies, where Mercer is still employed, declined to comment Monday. An email to Mercer requesting comment was not returned. Requests for comment made to the LEEF also went unreturned Monday.

Sheriff day was adamant to Blair that Mercer would or did not receive any “special treatment.”

Oh, and guess who else didn’t have a comment?

Yuma is also home to Colorado’s Republican U.S. Senator, Cory Gardner, whose spokesman said he didn’t know anything about the story aside from what he’d read in Bloomberg. [Pols emphasis] 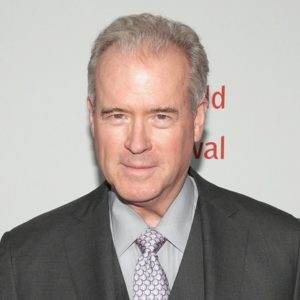 Billionaire right-wing donor Robert Mercer is apparently a volunteer sheriff’s deputy in Yuma County, Colorado — largely so he can legally carry a gun wherever he goes.

Bloomberg News has a story today about a new “sheriff” in town by the name of Robert Mercer (yes, the very same):

For most of the past six years, Mercer was a volunteer policeman in the tiny town of Lake Arthur, New Mexico, an arrangement that allowed him to carry a concealed weapon in any U.S. state under a law that applies only to law-enforcement officers. As Bloomberg Businessweek reported last month, Mercer gave up his New Mexico badge for undisclosed reasons in September. The mayor of Lake Arthur shut the volunteer program last week.

But the 71-year-old financier is still in the law-enforcement game. Last week, a lawyer for the office of Sheriff Chad Day of Yuma County, Colorado, confirmed that Mercer is a volunteer member of the agency. [Pols emphasis]

“From time to time, he serves in certain roles as designated by the sheriff,” said the lawyer, Robert Lees, who also helped set up the sheriff’s volunteer posse. Yuma is a rural county with a population of about 10,000 that borders Nebraska and Kansas.

You really need to read this entire story for yourself. There are a lot of unanswered questions here that will almost certainly be fodder for future news stories (Vanity Fair has already picked up on the Bloomberg story).

Mercer is the hedge-fund billionaire who spent a great deal of money helping to elect Donald Trump, after his initial crush, Texas Sen. Ted Cruz, fizzled out. Mercer is thought to be the single-biggest individual donor in the 2016 election cycle, and his money has funded a variety of right-wing interests from Breitbart News to Cambridge Analytica to whatever weird crap Steve Bannon was concocting.

In 2016, Mercer’s foundation bought a brand-new Dodge Ram 1500 Limited pickup truck for the Yuma County Sheriff’s “official use.” Mercer’s “Law Enforcement Education Foundation” has also donated $20,000 worth of tasers to Yuma County, and Yuma Sheriff Chad Day says that he is hopeful that they will receive a grant to buy a bunch of new handguns.

In exchange for this generosity, Yuma County rounded up itself a posse:

Lees confirmed that two Mercer associates, George Wells and Peter Pukish, had also joined the sheriff’s office. Both men had previously volunteered alongside Mercer in New Mexico. Wells is Mercer’s son-in-law, and Pukish is a family friend and longtime employee. Both are officers of the Law Enforcement Education Foundation. Wells and Pukish didn’t respond to requests for comment.

“In addition to whatever donations they made, these people bring certain qualifications to the table,” Lees said of the three men.

The Yuma County posse has about two dozen members, Day said, of whom seven or eight live outside the county. [Pols emphasis] He said some but not all posse members qualify for privileges under the Law Enforcement Officers Safety Act, the 2004 federal law that allows officers to carry concealed weapons nationwide. 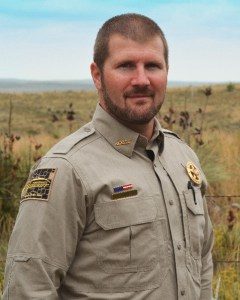 The Yuma County Sheriff’s office only has about 21 employees in total, though the city of Yuma has its own police department. According to Bloomberg, Mercer was connected to Day via Rocky Mountain Gun Owners head honcho Dudley Brown. Reporters Zachary Mider and Zeke Faux apparently didn’t realize — or declined to mention — that Colorado Sen. Cory Gardner just so happens to be from…Yuma, Colorado. It’s no secret that Gardner has been having a hell of a time raising money for the National Republican Senatorial Committee (NRSC); it’s probably a good guess that this little arrangement helps open Mercer’s checkbook. Or, maybe this is all just a really weird coincidence.

This is a pretty incredible tale, and here’s the cherry on top:

Sheriff Day rejected a Bloomberg News request this month under Colorado’s public-records law for documents relating to Mercer and his associates, including information on their qualifications and duties. He said disclosing the names of volunteers could endanger their safety.

“Some of my volunteer resources are directly involved in confidential undercover operations that involve direct ties and associations with the Mexican Cartel which has a presence in my area,” Day wrote in an earlier email. “It would not be safe tactically or personally to identify individuals who serve in association with those types of cases.” [Pols emphasis]

According to the sheriff of Yuma County, billionaire right-wing donor Robert Mercer is a key cog in confidential undercover operations involving the Mexican Cartel, and that’s why he gets to carry a concealed weapon wherever he goes.