You Sure About this Keynote Speaker, Colorado Republicans? 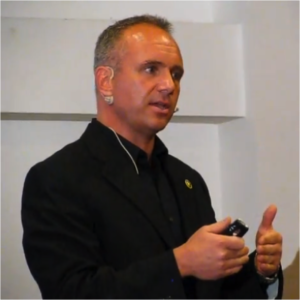 Thomas Krannawitter may or may not sell timeshares in Boca Raton.

Colorado Republicans will hold their big annual event, called the “Centennial Dinner,” on April 13th in Denver. The keynote speaker for the evening is Dr. Thomas Krannawitter, a professor of political science at Colorado Christian University and a “senior fellow” at a right-wing think tank called “The Claremont Institute.”

At first glance, Krannawitter might seem like an ideal speaker for the Colorado GOP’s biggest fundraising dinner of the year (nevermind that he’s not exactly a household name). But if Krannawitter decides to take questions after his speech, things could get a little messy. Check out this Tweet that Krannawitter barfed out on Election Day in 2016:

More, the split between Republican electoral Machiavellians and establishment Republican cronies and principled constitutionalist Republicans is highly likely to grow even more, which is the path to dissolution once a coalition can no longer be held together.

You may recall that Colorado Republican Party Chair Jeff Hays was a big ally of Donald Trump in 2016. Krannawitter, meanwhile, was less enthusiastic about the Donald:

This should work out very well.