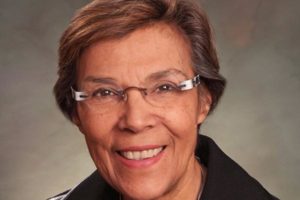 The term-limited Guzman will serve out the remainder of her time in the Senate as Assistant Minority Leader. In a statement, Guzman explained her decision thusly:

“Sometimes leadership means stepping back so others can step forward. Traditionally, those in leadership hold onto their role and title until the very end of their term, but I’m passing the torch now. I believe providing more time for leaders to learn and grow is the best way to set up future caucuses for success.”

As the Associated Press reports, Guzman had grown understandably frustrated with Senate Republicans and their refusal to take any action regarding multiple accusations of sexual harassment against its members. Guzman also said that an attack from Senate Republicans on Democrat Daniel Kagan was the “final straw” in her decision-making process.

We certainly can’t fault Guzman for being fed up with trying to work with Senate President Kevin Grantham and pals.