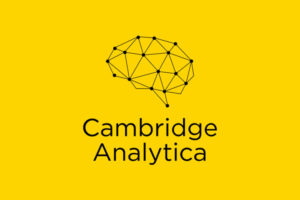 John Frank and Mark Matthews of the Denver Post break yet another big story about manipulation of Colorado elections by outside actors, plying novel–and as it turns out, improper–social media engagement tactics to “microtarget” Colorado voters in what appears to have been a preview of Donald Trump’s unprecedented manipulation of social media to win the presidency in 2016.

Take a deep breath and keep reading, this is a big deal:

The political firm that obtained private data on millions of Facebook users worked in Colorado to help Republicans win a crucial majority in the state Senate.

The company — now under investigation in two countries — touted its work with the Senate Majority Fund in 2014 as key to Republicans winning a one-vote majority in the state chamber for the first time in a decade. “These victories ultimately gave the GOP control over the Colorado state Senate,” the Cambridge Analytica website once touted. [Pols emphasis]

That’s a bold claim, and we’re obviously very interested in seeing the details behind it. Cambridge Analytica is under fire for having allegedly gone distantly beyond Facebook’s policies governing data aggregation on site users to build these so-called “psychographic profiles” of American voters–profiles that allowed the Trump campaign to identify and deploy precise messaging to individuals to persuade them to first support the Trump campaign, and then get out the vote. Or, failing that, to demotivate voters who could not be won over and persuade them to opt out of voting.

And apparently, our state was a practice run.

Given the extremely small margin by which Colorado Republicans won the Senate in 2014, fewer than 1,000 votes in a single suburban senate district, the work that Cambridge takes credit for in the story above could easily have made the difference. And everything that has happened since GOP won the Senate majority in 2014, to include the present impasse over sexual harassment under GOP leadership in the Colorado Senate, can be fairly considered the fruits of Cambridge Analytica’s work too.

Which means they have a lot to answer for even before we even start talking about Trump.