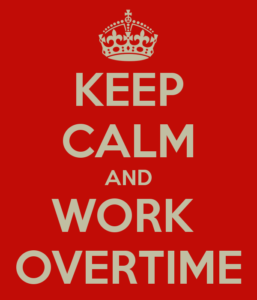 We’re all familiar with the headlines boasting Colorado’s preeminent position as one of the country’s strongest state economies, but there’s another headline creeping into the public discourse. It’s one that could have serious implications for the 2018 election year: Wages, it seems, have yet to bounce back from the Great Recession.

Even the Denver Post editorial board has taken notice. Notably, they wrote, “[d]espite what appears to be a roaring economy and bull market, the American system is failing to live up to a basic promise to workers. The villains are all about us, from the marbled halls of elected office to the panel walls of corporate boardrooms.” Yesterday’s follow-up editorial by the Post praises some small gains workers are experiencing, but that improvement is relative when squared with just how low wages have been since the Great Recession. We also can’t ignore the recent minimum wage increase is factored into some of those gains.

According to Colorado Center for Law and Policy (CCLP), median wages have been flat and half of all Colorado workers have actually experienced a 2 percent decrease in pay since 2000. This fact is underscored by recent data published in our Guide to Economic Mobility, which shows, when adjusted for inflation, average weekly wages have only risen $33 over the last 17 years. How is this squeezing hardworking Coloradans? Over the same period, rent for an average Colorado apartment went up by $260 per month after adjusting for inflation.

This wage stagnation becomes even more pronounced when combined with the expenses bleeding voters’ wallets. According to our report, average tuition costs for postsecondary education have increased about 100 percent between 2000-01 and 2014-15, surely contributing to Colorado’s $24.75 billion in student debt. Privately purchased health insurance premiums will go up 38 percent this year. Colorado renters must make $21.97 per hour to afford rent and utilities, but the average renter wage in Colorado is only $17.13 per hour. It costs over $15,000 a year for infant care in a Colorado Child Care Center, up from $9,123 in 2006.

Currently, any salaried worker who makes less than $455 a week (or $23,660 a year) qualifies to be paid overtime wages for hours worked over 40 in a week. Last updated in 2004, the overtime threshold only covers about 8 percent of Colorado’s salaried workers, a stark difference from the 62 percent who were covered in the 1970s.

The Obama administration issued a new overtime rule that would have increased the threshold to $913 per week, or $47,476 per year. This would’ve put more money in the pockets of workers making poverty-level salaries, including nearly 250,000 Coloradans who would have automatically qualified for overtime pay under the Obama-era rule.

Scheduled to take effect on December 1, 2016, a Texas federal district court stopped the overtime update implementation and subsequently ruled it invalid. The Trump administration has said it intends to craft its own rule, but likely with a much lower threshold for automatically qualifying for overtime. That leaves this, along with a number of other common sense issues, to the states.

Pennsylvania Governor Tom Wolf stepped up to plate earlier this month when he moved to modernize the state’s overtime rules as part of his “Jobs That Pay” initiative. “Updating the overtime rules to keep pace with our 21st century economy is the right thing to do,” he said.

As James Carville once famously said, “it’s the economy, stupid.” It appears this is one economic concern politicians can actually act on. Those of them who ignore it do so at their own peril, because one thing is clear: The current overtime threshold doesn’t reflect the needs of today’s Colorado families, especially when wages cannot keep pace with Colorado’s blistering rate of growth and ballooning cost of living. It would seem raising the overtime threshold in the state is a conversation we can’t avoid any longer.