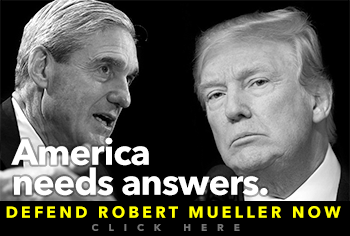 Explosive news last night has brought America to the brink of a constitutional crisis. As Special Counsel Robert Mueller moves closer to potentially charging Donald Trump with obstruction of justice, the New York Times reports that Trump actually tried to fire Mueller last summer—and only stopped after his own lawyer threatened to resign.

Trump’s surrogates are working overtime to discredit Robert Mueller, and Trump could still take action against Mueller at any time. Tell Colorado’s congressional delegation they must immediately sponsor legislation to protect Mueller from Trump until his investigation is complete.

The hypocrisy of the entire Republican Party when it comes to holding Trump accountable is reaching the breaking point. As the investigation into the Trump campaign’s collusion with a foreign government to win the 2016 elections continues, Republicans have distracted themselves with absurd conspiracy theories and “whataboutism” deflections. The greatest threat to our nation’s integrity today is both Trump and the Republicans who continue to enable him and impede the investigation of a legitimate and legally necessary special counsel.

Legislation already exists in the House and the Senate to protect Mueller. Republicans said it wasn’t necessary. Obviously, they were wrong.

Enough is enough. Tell Colorado’s delegation to take action to protect Mueller now. We’ll deliver your names and comments to both of Colorado’s U.S. Senators and all seven members of Congress next week.

Thanks for making your voice heard at this critical moment. The nation’s future is at stake.