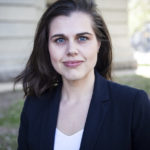 Today, Emily’s List announced its endorsement of Jena Griswold for Colorado Secretary of State. Emily’s List President Stephanie Schriock explained, “With civil rights and voting rights under attack, Colorado needs a progressive secretary of state now more than ever. Jena will do what needs to be done to stand up to Donald Trump, protect Coloradans’ privacy rights, increase transparency around campaign finance, and bolster the state’s cybersecurity in elections. We are proud to join Jena as she works to bring bold and progressive leadership to the Colorado secretary of state’s office.”

Griswold stated, “I am honored to have the support of Emily’s List, a driving force in electing women to office. Emily’s List is supporting a new generation of leaders, who will safeguard our democracy and put an end to recent attacks on our civil rights and democratic institutions. I am proud to have the organization’s endorsement, and it is an honor to be running to be Colorado’s first democratic woman Secretary of State.”

As we’ve said previously, EMILY’s List is more than a pro forma endorsement of whoever has two ‘X’ chromosomes. Support from EMILY’s list also means that a candidate has passed that organization’s own internal screening for viability–viability then enhanced by the organization’s valuable assistance with strategy and fundraising. The organization’s choice in the race became clearer once it became apparent that Denver elections director Amber McReynolds would not be running as some had expected.

We’ve been hard on Griswold as we tend to be universally, but with her commendable fundraising efforts and now outside resources taking note, she’s doing everything she can to make this a race worth paying attention to.